Haidakhan Babaji, simply called "Babaji" or Bhole Baba by his students and devotees, was a teacher who appeared near the village of Haidakhan in northern India (Uttarakhand) and taught publicly from 1970 to 1984. According to "The Teachings of Babaji," Haidakhan Babaji "appeared" in June 1970 in a cave at the foot of the Kumaon Mount Kailash, across the river Gautama Ganga, near a remote village called Hairakhan, in the Nainital District of Uttrakhand, India. His followers maintain that Haidakhan Babaji is a Mahavatar – "a human manifestation of God, not born from woman."

It is reported that starting in late September 1970 Haidakhan Babaji spent forty-five days meditating in a small temple on the top of the Kumaon Mount Kailash "without leaving his seat." In September 1971, Haidakhan Babaji, in a sworn testimony, convinced the judge of the court in Haldwani that he was the "Old Hairakhan Baba,” thought to be active in that region in the years 1860–1922, and that he had the right to use the ashrams in Kathgaria and Haidakhan. In 1971 Haidakhan Babaji started travelling across India, proclaiming his Message, performing sacred ceremonies, such as yagna, and attracting more devotees. This included celebrities, such as Shammi Kapoor, and gradually more Westerners.

The disciples of baba ji frequently visit the ashram all round the year, for spirituality and inner peace, during the day the devotees and the followers are engaged in practicing babji's learning, and during evening devotees recite prayers and bhajan in the ashram. the disciples of babaji varies from nationals to foreigners. the ashram observes number of international followers from world all around 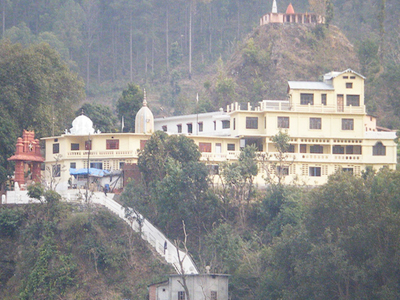 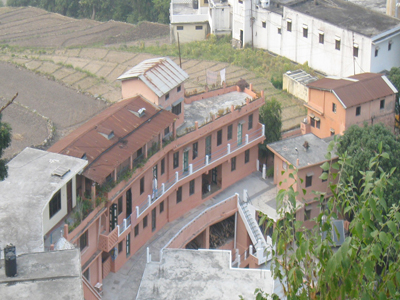